Back to Blog Posts
Prev Next

Buying a House in Calgary

The majority of Calgary real estate, have already changed hands at least once.  This means that the lands will have a history, and not all of them may make their buyers want to own the property.  This may be the same for the land that you would want to purchase, and as a prospective real estate buyer you would want to know all things, good bad and ugly, about the land that you would want to own.  Instead of just taking the word of the seller of the property, do a little research. Check the maps – papers hold a lot of information, especially those that show the property that you are buying as well as the surrounding areas.  Note the near bodies of water including the dams, and take into consideration the elevation of the area.  There are also certain maps called flood maps, and these show how prone certain areas are to flooding.  If you get your hands on a map such as this, usually available in the nearest government office, check to see if there are flood precautions in your area, and if the property you want to buy benefits from those precautions.

Get an insurance quote – an event such as the Calgary flooding will make a mark in history.  It may not go down in the history books, but it would be noted by the insurance firms and other companies that would be affected by the property's value.  To check on this, bring the address of the place to a local insurance firm and ask how much it will be to have the place insured.  They will give you the price, and that would give you an idea as to how dangerous they think the place could be.  If it is rather high, you can ask why and they will tell you what dangers the property faces.  A previous flood would definitely drive the insurance rates up. Visit the location – buying a place you have not even visited is not a smart move.  In fact, visiting the site that you want to buy is one of the first things that you should do.  Talk to the current homeowner.  In fact, walk around the neighborhood and ask the neighbors about the place.  Most like to talk about the history of the place and the major events that have happened.  Learn about the house – if people are wary of floods, they would be making preparations just in case this happens.  If you are buying a house, you would want to inspect it.  Check the areas that would be affected by water, especially the basement.  There will be telltale signs of previous flooding as well as items that they would have in case it happens again.  In fact, they just might even tell you how safe the house is because of the preparations that they have made to safeguard against the event.

Why Is Purchasing a Semi-Detached Home a Preferred Alternative over Others?

When you are on the search for a new house, you have to look into various boulevards. There are several decisions to make. One of these is the kind ...Read More

If you are one of those who prefer living in a city rather than the countryside, inner-city living might be the best choice for you. Purchasing a ...Read More 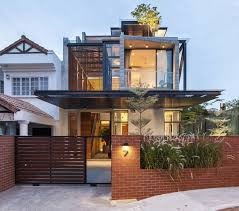 It can be a great idea to defray your costs by buying a two-family house or duplex instead of a single home. You can go one step further and sign a ...Read More

building garage in calgary buying tips for homes home buyers house search New home real estate
Grab Our RSS Feed
Search All Area Listings
Advanced Search
Today's Listings
Residential
New Today
Price Reduced
Lots & Land
Data is supplied by Pillar 9™ MLS® System. Pillar 9™ is the owner of the copyright in its MLS® System. Data is deemed reliable but is not guaranteed accurate by Pillar 9™. The trademarks MLS®, Multiple Listing Service® and the associated logos are owned by The Canadian Real Estate Association (CREA) and identify the quality of services provided by real estate professionals who are members of CREA. Used under license.

Have a Question or Want a Free Market Report?

Contact Us
Questions? We're Here to Help
Recently From Our Blog

Why Is Purchasing a Semi-Detached Home a Preferred Alternative over Others?

How to Make Huge Returns by Investing in Duplex Homes?

Have a Question or Want a Free Market Report?